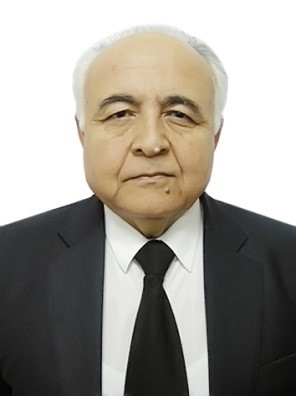 Head of the department "Hydrotechnical installations and engineering constructions"

Methodical and scientific achievements of the department

In 2003-2005 it was conducted scientific research for international grant(cost 30.000USD) on the theme “Studying the reliability of operated hydrotechnical installations and working out the measures of increasing safety of them”. It was worked out the measures on developing the reliability of reservoirs in Sultonsanjar, Tuyamuyin, Chortoq, Chimqurgon and irrigative installationsUgam system. In 2009-2011was achieved international grant (cost 17.000 USD) under the leadership of professor M.R.Bakiev which were used in farm industry in Xorezm, Kashkadarya, Buxara regions and Republic of Karakalpakstan. According to the economic agreement (2011, 35mln sum)it was done scientific research.

Now at the department is being conducted scientific research on the theme: Improvement of hydrotechnical installations` constructure and working out of reliable and safety exponents, methods of calculating and projecting.

1. "Improvement of constructions of hydrotechnical constructions, development of indicators of safety and security, methods of calculation and design" (QXA-7-038-2015, according to the State Budget);

3. "Improvement of the design of hydraulic structures, development of reliability and safety indicators, methods of calculation and design" (6th level, 2015, 12 million soums, according to the State Budget);

4. "Development of recommendations for the protection of the right and left banks of the Amudarya River flowing through the territory of Turtkul, Ellikkala, Beruni districts of the Republic of Karakalpakstan and Khanka, Bagat and Urgench districts of Khorezm region" (2015, 30 million soums, according to the contract);

5. "Development of measures to identify and eliminate deficiencies in irrigation networks, water intakes, pumps, hydraulic structures that supply water to the irrigation areas of the Training and Research Center" (according to the State Budget);

7. "Improvement of the design of hydraulic structures, development of reliability and safety indicators, methods of calculation and design" (2016, 12 million soums, according to the State Budget); QXA-7-038-2015.

9. «Quyi-Amudaryo ITXB. Development of recommendations to ensure the reliable and safe operation of the Mejdureche Reservoir in Muynok district of the Republic of Karakalpakstan "(2016, 40 million soums, according to the contract), № 8/2016

10. "Inspection of the technical condition of the Kegeili canals, North Tashkent and the Karmaninsky hydroelectric complex" (2016, 35 million soums, according to the contract), 16/2017

11. "Development of a master plan for the bilateral adjustment of the Uzan in the Tuyaboyin-Kipchak area of the Amudarya" (38 million soums, according to the contract), 1/2017,

12. "Inspection of the technical condition of the Mangit-arna and Kuanysh-arna canals in the Republic of Karakalpakstan" (under the contract).

Scientific articles prepared at the department were published in republican and foreign scientific journals. The staff of the department has published more than 100 scientific articles in scientific journals in the USA, Germany, Russia, France, Kazakhstan, China over the past 5 years in international journals and conferences included in the Scopus and WoS databases. In 2009 professor of the department M.R.Bakiev, docent E.I.Kirillova and assistant teacher J.M.Choriev were winners in the competition “Central Asian fair of ideas – 2009” and received a grant in the amount of 17.000 USD. In the cooperation with France University Bordo-1 and TIMI there was prepared a candidate of sciences Rahmatullaev Sh. And he was prepared by Filipp L., costumer from France and professor M.R.Bakiev. And the diplomas of two countries were received(France and Uzbekistan). In 2012 the student of master`s degree courses R.Xrupin won the 1st place in the Republican competition “Kelajak ovozi”. Also, over the past five years, more than 20 textbooks, more than 15 recommendations, more than 300 scientific articles, 6 patents, 5 patents have been published. Under the guidance of prof. M.R.Bakiev prepared 11 candidates of sciences, 5 PhDs, 2 doctors of sciences.